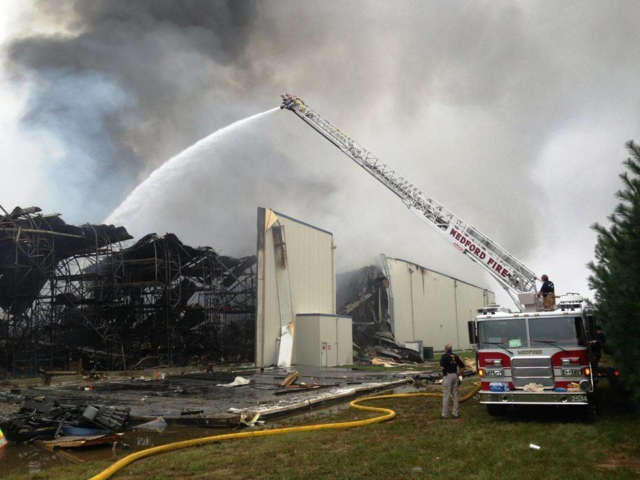 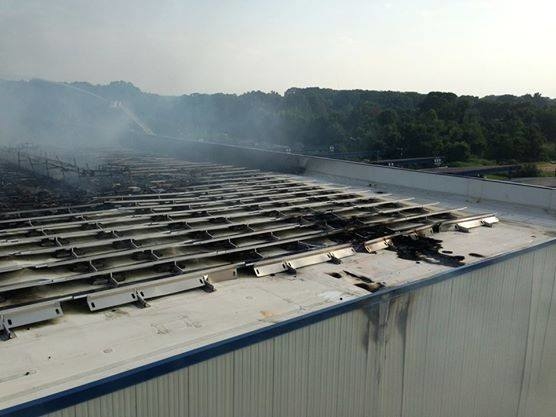 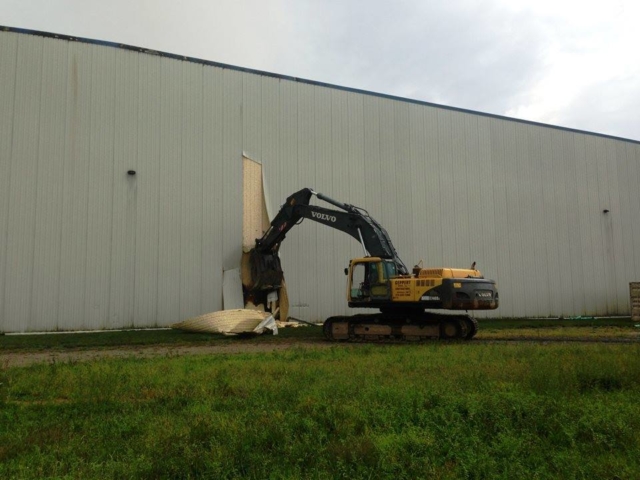 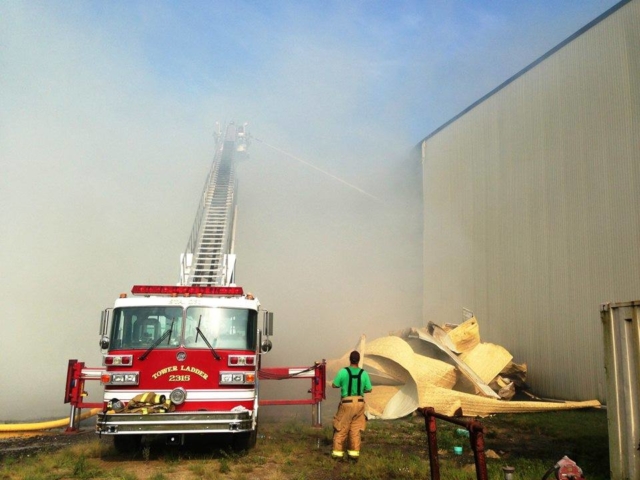 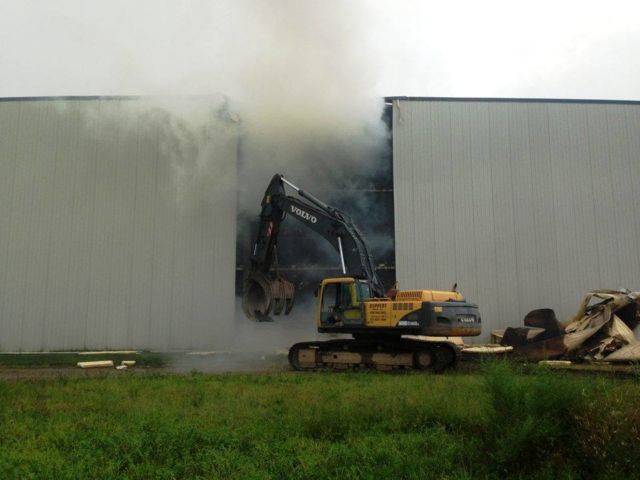 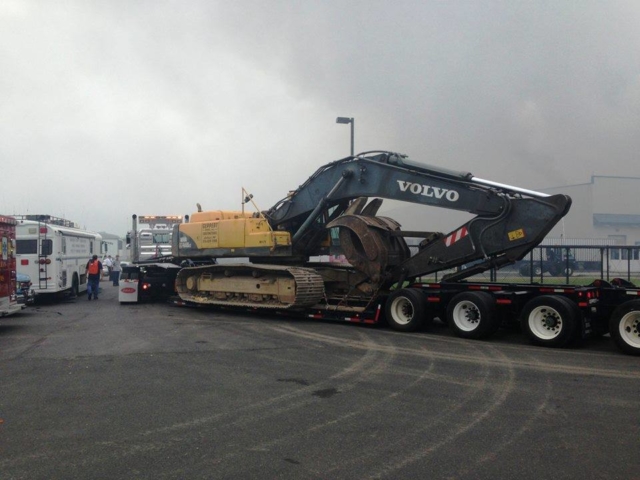 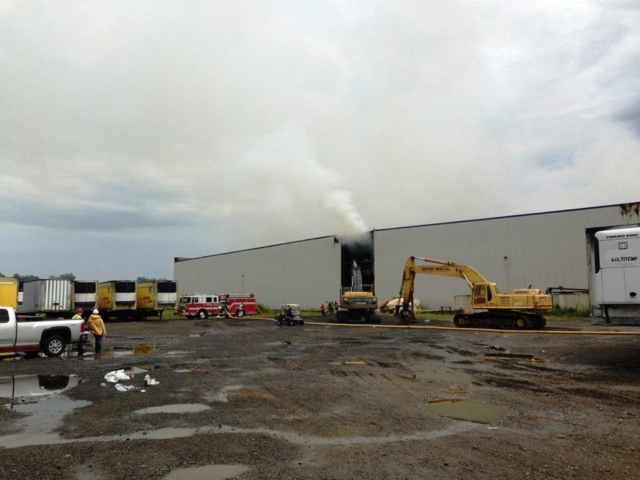 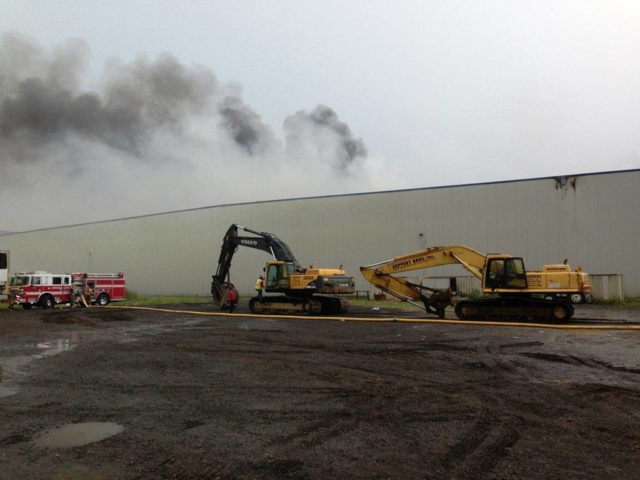 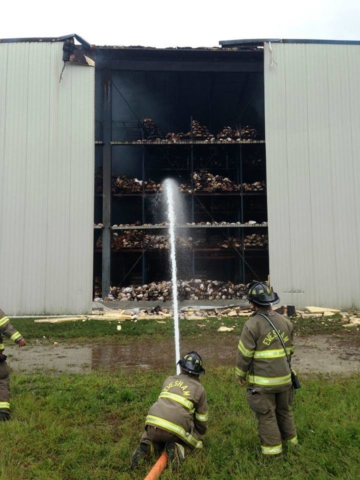 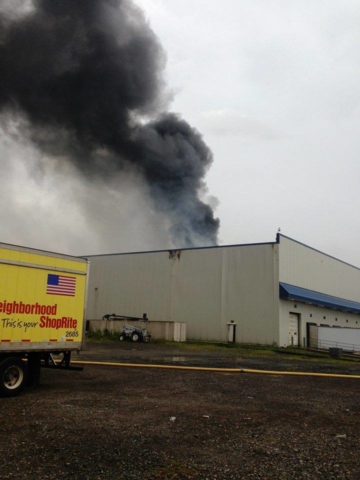 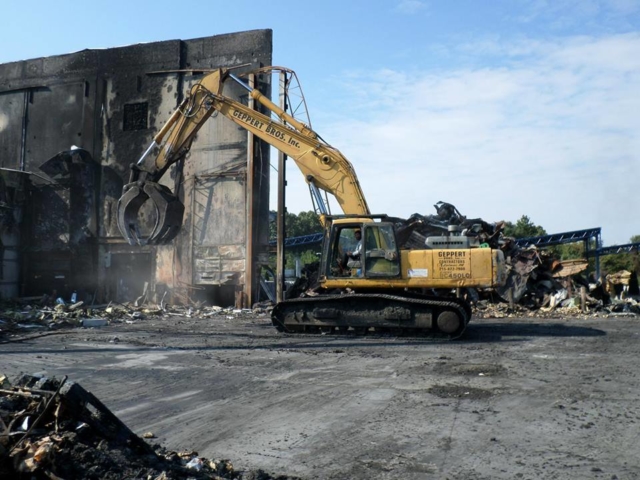 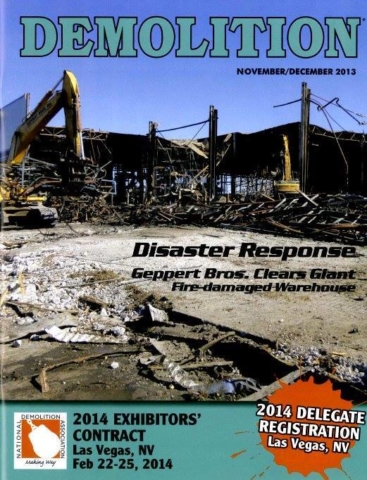 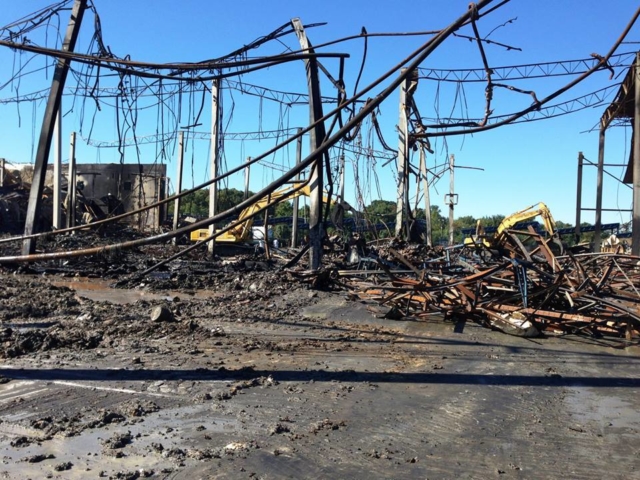 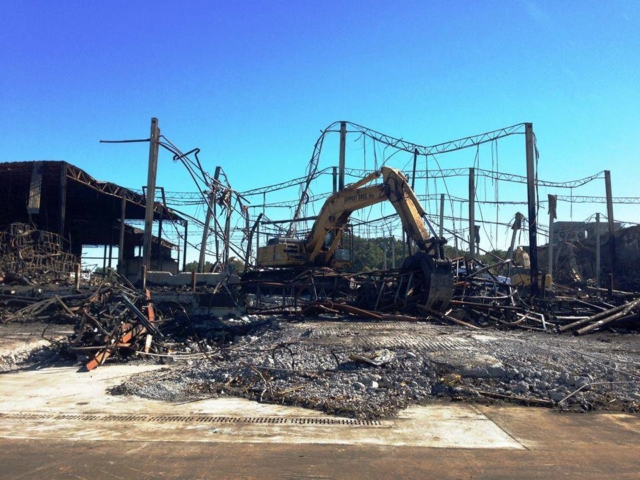 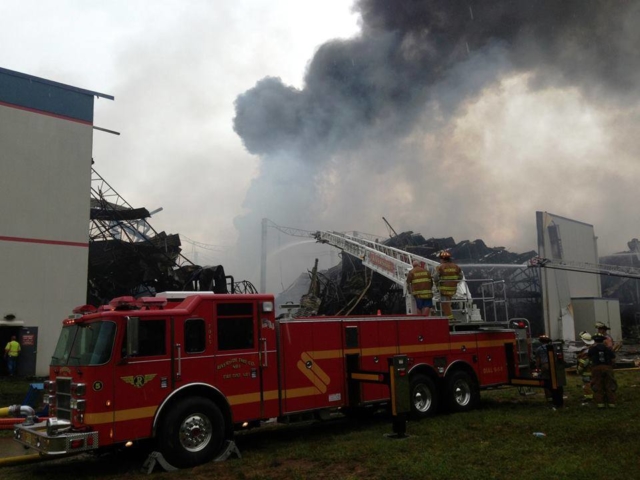 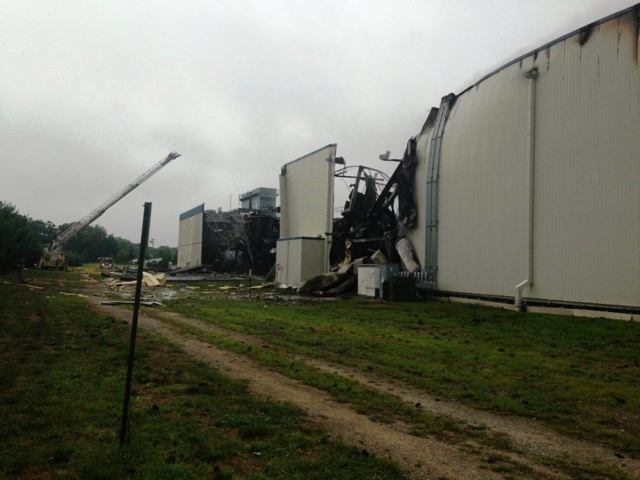 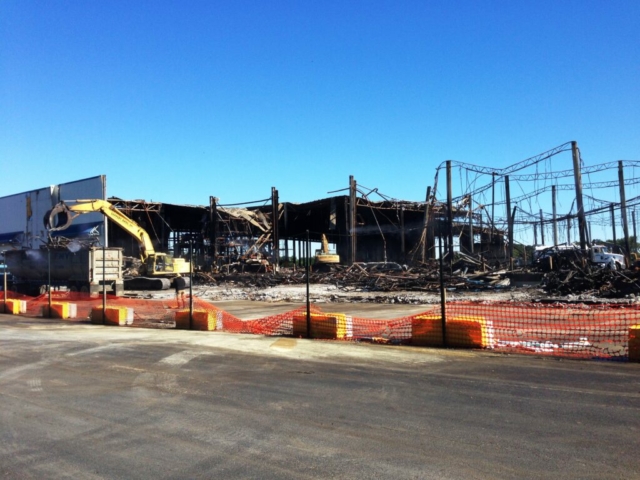 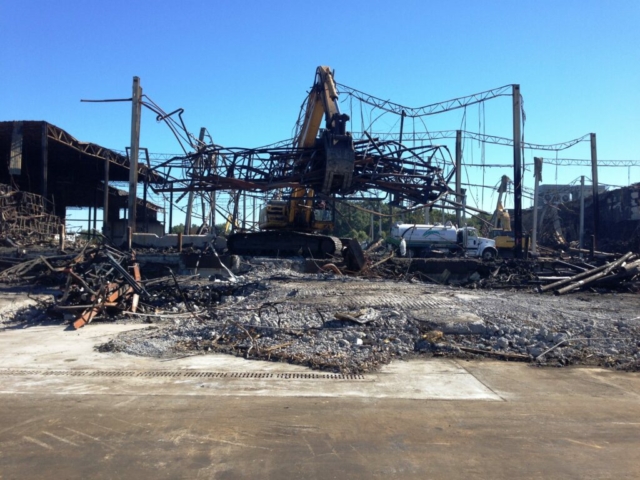 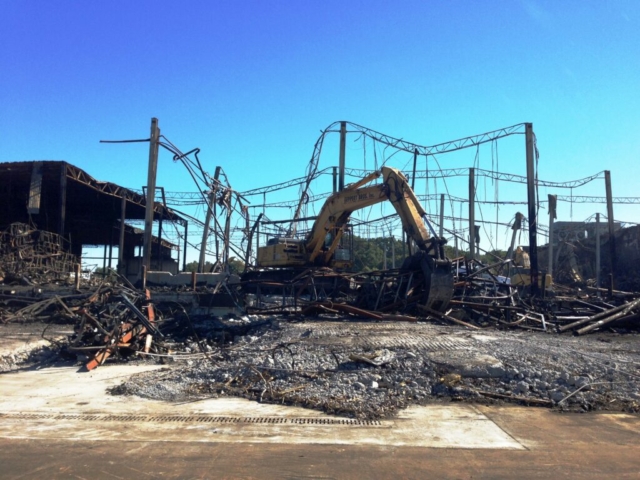 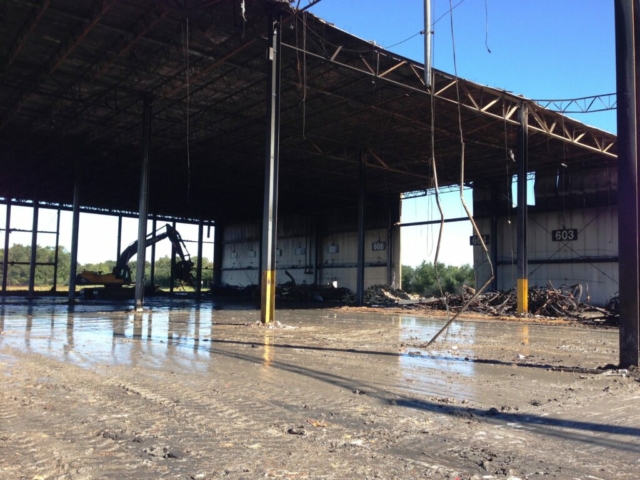 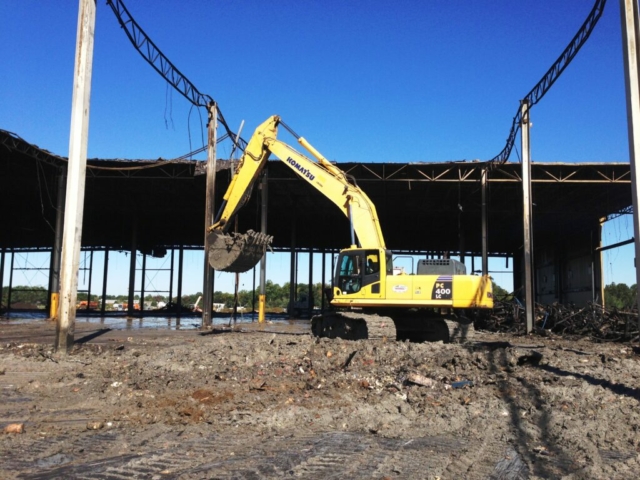 Geppert Bros., Inc. cleared the debris from a massive fire that destroyed a Southern New Jersey food warehouse. The fire broke out at Dietz & Watson’s cold storage facility in Delanco NJ, and caused the roof, which was lined with hundreds of solar panels, to collapse within hours. Thick black smoke could be seen bellowing from the facility for miles. More than 200 firefighters from the surrounding counties responded to the 300,000SF warehouse distribution center, a complex about the size of 5 football fields. Geppert Bros., Inc. was brought onsite initially to assist the various fire departments in the removal of the metal panel exterior walls so firefighters could bring water to numerous hot spots burning in the warehouse complex. Geppert Bros., Inc. could not open up the roof of the structure as thousands of solar panels remained energized, potentially endangering first responders and Geppert Bros., Inc.’s workforce. Almost the entire warehouse section of the Dietz & Watson complex was destroyed in the fire. Geppert Bros., Inc. eventually demolished this warehouse section down to slab level, leaving the office section of the structure in place.